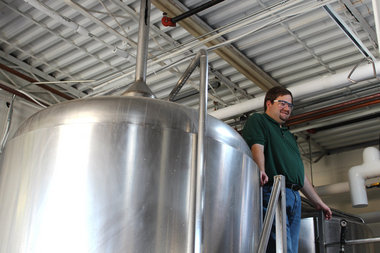 Bell’s Brewery, headquartered in Michigan has turned out to be one of my favorite craft breweries in recent months. I first tasted some of their beers when I was in Raleigh,  NC for some training.

Here in Atlanta, I’ve seen a limited number of their brews on tap, so hopefully over time, we’ll see more of what they had to offer.

Bell’s Brewery will be tapping a keg of “A Bit of Heat” which won their second annual home brew contest last year. The brew is made with spices and habanero chili peppers.  The brewer is Geoff Groff and is employed as a substitute teacher.

You can read more about Geoff and how he came to make this spicy beer by reading this article over at mlive.com.

Also, if you are interested in trying any of the beers made by Bell’s Brewery, check out there beer find on their website.