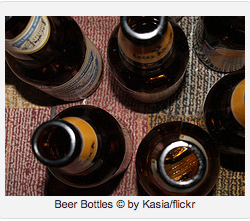 Alabama Beer laws are catching up with the neighboring states!  A new law is on the books that will affect craft beer and distribution within the state! The new law goes into effect tomorrow, (8/1/12) and will allow larger bottles of beer to be sold.  Industry official claim that this will increase the amount of beer sold within the state.

Up to this point, beer bottles were limited to 16 ounces, and by allowing the larger bottles, both craft beers and international beers will coming to the marketplace in droves.   These beers typically come in 22 ounces.

Alabama beer laws might seem goofy.  They were way ahead of the Southern curve when it came to Sunday sales, (long before Georgia), so I find it strange that only now, they’d be allowing beer in bottles over 16 ounces.