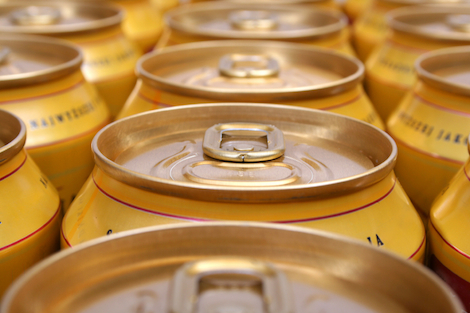 I’ve heard some of these storing beer myths since before I was old enough to drink beer.  I can think back to my early college days when my friends and I were sitting around, pounding Little King’s Cream Ale, when one of my friends jumps up and screams…

Don’t let the sunlight hit the beer! It will make it taste funny!

And  we all called B.S. on it, and decided to sacrifice one of our cream ales to the Sun God… and it sure seemed like the sun was doing something, but we were all past the point of caring. Restocking The Fridge © by foilman

As I got older and started to home brew, storing beer became more important.

I came across this great article over at refrigeratorinfo.com entitled, “Brown Bottles and Tall Tales: 7 Myths About Storing Beer.”  It seems my old college pal was right!

You can read the article on the site listed above, but here’s the myths about storing beer in a nutshell:

If I had to take a test on storing beer, I would have done alright. But the biggest surprise for me has to be about cans are better than bottles; it’s really a matter of taste:

Wrong! Well, actually, this all comes down to personal taste. Canned beer has gotten a bad rap in recent decades because it’s often associated with mass-market, “cheap” beer. However, craft brewers are beginning to can their beer—212 breweries, according to CraftCans.com, including notable names like Sierra Nevada and Brooklyn Brewery.

Some craft brew fanatics even swear by the distinctive flavor of canned brew. The Huffington Post even conducted a blind taste test and found participants preferred the taste of canned beer to bottled three times out of four. But putting taste aside, you can’t deny that canned beer is much easier to store and transport—not to mention, you don’t need a bottle opener.

I do admit, I like taking good beer, in cans, to the pool in the summertime!
Since I do drink a lot of wheat beers, (and being a home brewer), I already knew about storing beer standing up: it lets the yeast settle on the bottom of the bottle!
I’d love to hear if your knowledge around storing beer was up to par.