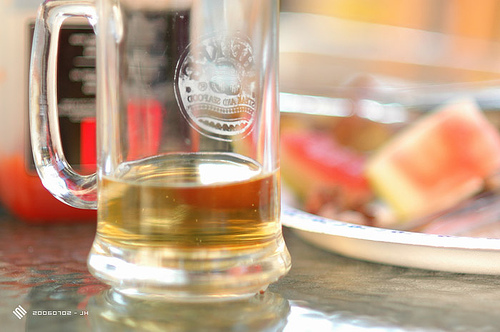 As it got hotter in the South this year, I had a hard time drinking the big IPA’s and anything with a lot of hops.  I found those types of craft beers just too heavy and hard to drink in the heat.  Thus began my quest for summertime beers to enjoy in the heat and the pool.  This list is what I found to be the best for this summer!

If we’re friends on Untappd, we were able to see what each other was drinking. If we aren’t connected on Untappd, I’d be happy to accept your friend request.

The following list is my favorite beers I drank this summer.  Bonus points were awarded if cans were available for ease of consumption at the pool.

I must admit, this was a bit of surprise. I was telling my brother-in-law that I was having a hard time with heavy beer in the summer heat, and he said, “You know, I’ve been getting Coors… You should try it.” Sure enough, it was great! As far as a summertime beer goes, it certainly hit the spot. I went out and got two six packs of tall boys and believe it or not, it was the hit at the pool.

For sure, there are plenty of folks drinking the “Silver Bullet,” but the original Coors was a great hit for the pool.  It was light enough for the heat, good flavors, and very economical. 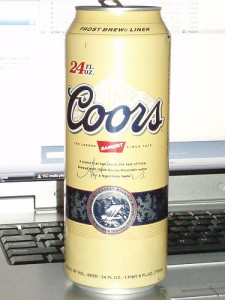 I grew up in the mid-west and enjoyed some of the MIlwaukee beers when I was younger.  PBR is a perfect summertime beer at the pool and comes in convenient cans.  Every summer I usually end up buying some twelve packs to enjoy in the heat and someone is always asking me for one. 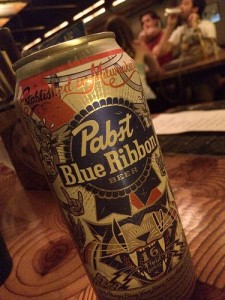 Red Hare Brewing is gaining popularity and I was very happy when I saw them offering several of their beers in cans.  One of their offering was an IPA. As I said, I’m not into IPA’s during the summer.  So I went for the Long Day Lager as one of my summertime beers.  It’s a little heavy for a lager, but easy to drink and has is mildly hopped.  I also enjoyed the Lond Day Lager with hot wings at our favorite local joint. 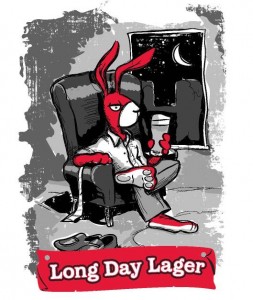 So far, I’ve tried just about everything from Ballast Point..  My favorite (and the most expensive one) was their Sculpin IPA. Man, that’s good but again, no IPA’s in the summer.  So the next best thing I found was their Pale Ale. Unfortunately no cans were to be found so I had to drink it in stealth mode at the pool in a styrofoam cup. Well worth it.  Great tasting, high quality beer.

This was my run away favorite this year.  Hopefully, at some point you had a chance to try Harpoon’s UFO (unfiltered wheat).  As you may know, wheat beer is awesome in the summertime and they added a generous amount of grapefruit juice to the beer.  It was amazingly refreshing and pretty sweet. It went down awfully smooth.  Additional bonus for being in cans and was $14 for a 12 pack at my local bottle shop.  Not only a value but wonderful to drink in the heat, at the pool.  I noticed I did not enjoy it as much when it wasn’t really hot outside. 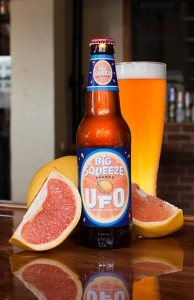 Harpoon calls this beer a Radler.  Check out this description from The German Beer Institute:

What does a German drink, when he or she wants a low-alcohol beer, but does not want to resort to a “light” brew? Radlermass or Alsterwasser (its northern German name) to the rescue — a beverage that is a half-and-half mix of blond lager (usually Pils or Helles) and lemonade. This drink originated in Bavaria in the early 20th century, but it is now bottled and canned premixed and available in all of Germany. However, it generally does not make its way across the sea to North America.

I’d love to hear about what you drank at the pool this summer. Feel free to comment and let me know! I’ll start making my list for next year!