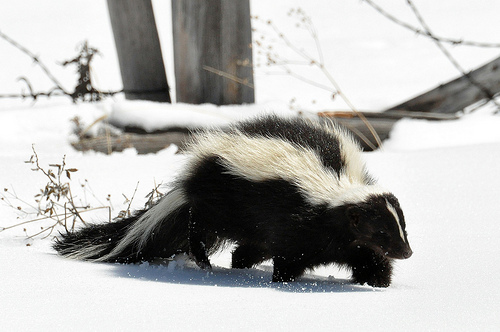 In my last post, I wrote about the beers I really enjoyed over the summer. In this post I’ll write about the terrible beers I was exposed to.  I know I’m risking alienating some of my readers, so hopefully you won’t be offended if I mention on of the beers you drink regularly. So here’s my 2014 list of terrible beers.

Honestly, I don’t know what I expected and this is one of those ideas that sounded good while we were talking about it.  I bought a pack of lime flavored Lime-A-Rita but saw they also had a strawberry flavor.  I’ll admit it was refreshing for about five minutes but I couldn’t bring myself to finish one. And I was embarrassed to post it as a check-in on Untappd since I was worried all my craft beer buddies would make fun of me for drinking this terrible beer.

I admit, that in the cool spring or fall, this might be one heck of a beer. But for the heat of the summer, it was one of the terrible beers of summer I took to the pool.  I picked up a twelve pack since they were in cans, (remember, I like taking cans to the pool).  This beer was way to hoppy.  WAY TOO HOPPY!  It was so hoppy, I felt like I had some sort of plastic chemical reaction happening in my mouth. My buddy loved it, however. He not only drank the remaining beers I had, but went and got more.  Too hoppy, go figure. 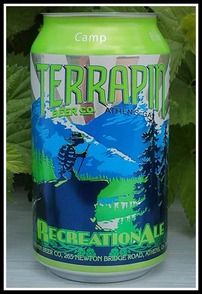 I should probably add that for the most part, I really love the Terrapin beers.  I do like their Rye IPA…

Terrible Beers of Summer 2014 numbers two and three are a tie!

These two terrible beers of summer scarred me and to rub salt in the wound, my wife thought I actually enjoyed these and came home from Trader’ Joes with two more six packs.

Again, in my pursuit for a good summer time canned beer for the pool, I was tempted to pick up a six pack of these beers since the price was right and for the most part, Trader Joe’s stuff is usually pretty good.  Well, I was disappointed. Not only did it taste of poor quality beer, I found it had an aftertaste that I didn’t care for.  It reminded me of another beer I don’t care for on this list, (but was much worse).

I’ll add that I gave one to a neighbor who loved it.  She loved it and I gave her my extra ones.  I also used a couple in a drip pan when I was smoking some ribs.  The ribs came out moist, by the way… 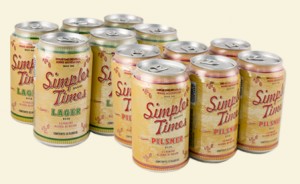 Some of the other Trader Joe’s private label beers are really good.  Not these…

Man, this was the worst beer I had ever tasted. It was awful!  We were at the pool and a friend offered one for me to try. As it happened, it was a tall boy (16 ounces).  I took a sip and immediately realized my mistake.  When it started to rain and my friend ran to his car to close his sunroof, I took the opportunity to dump out this number one terrible beers of the summer behind the fence.  Good lord, I can’t imagine how this beer stays around in business.

For taste, it was very similar to the Trader Joe’s Simpler Times mixed with a Yuengling Lager but with an even more powerful and longer lasting aftertaste.  Not for me!

Sorry that this post took so long to get out. I had started this post near Labor Day weekend when our pool closed down.   Life ended up getting away from me.

I’d love to hear about your summer time beer experiences whether they are good or bad.  Now that fall is in full swing, I’ll start working on the list for my favorite fall beers, (Hint, try Paulaner Oktoberfest).